Buzz over city renaissance sees sales surge at The Cube 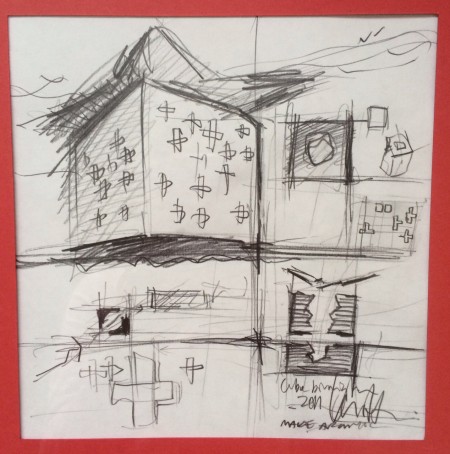 Just a handful of apartments are now left at The Cube after a growing feel-good factor in Birmingham saw a surge of new sales over the summer.

Out of a total of 244 apartments, there are now just five apartments available for sale at the award-winning mixed-use scheme.

Apartments had been selling at an average of one per week over the last two years a significant increase in interest has seen more than 20 deals completed in the last three months.

The last available units include just one on the city wing of the building where owners can sublet the property and another four in the private wing including one of the scheme’s largest apartments at 1,100 sq ft with stunning views over the city and out towards the Malvern Hills.

Neil Edginton, director of EDG Property said the completion of the apartment sales would be the realisation of a vision that began almost a decade ago.

He said: “The Cube was the most ambitious development Birmingham has seen – both in terms of its physical structure and its desire to create a real community right in the heart of the city.

“It is now almost 10 years since Ken Shuttleworth first sketched out his incredible design and we can now take a step back and look at a building where more than 3,000 live and work, which has a hotel, a gym and spa and some of the city’s best bars and restaurants and say that the vision has been achieved.”

Neil believes ensuring that a significant proportion of the units were sold to owner-occupiers has also helped create a unique atmosphere at The Cube, which has been instrumental in selling the final few apartments.   He said: “There are apartments that have been bought by investors and are rented out but there are also many many people who have put down their roots at The Cube because of the fantastic lifestyle it has to offer.

“The variety of different apartments means we have a wide range of people living at The Cube from international students to retired couples with a love of the theatre and everything in between and that gives a special ambiance to the place that you don’t get anywhere else.

“There is also such a buzz about the city at the moment with the Mailbox redevelopment and the new John Lewis all on The Cube’s doorstep that increasing numbers of people are thinking how nice it would be to live right in the heart of it.”