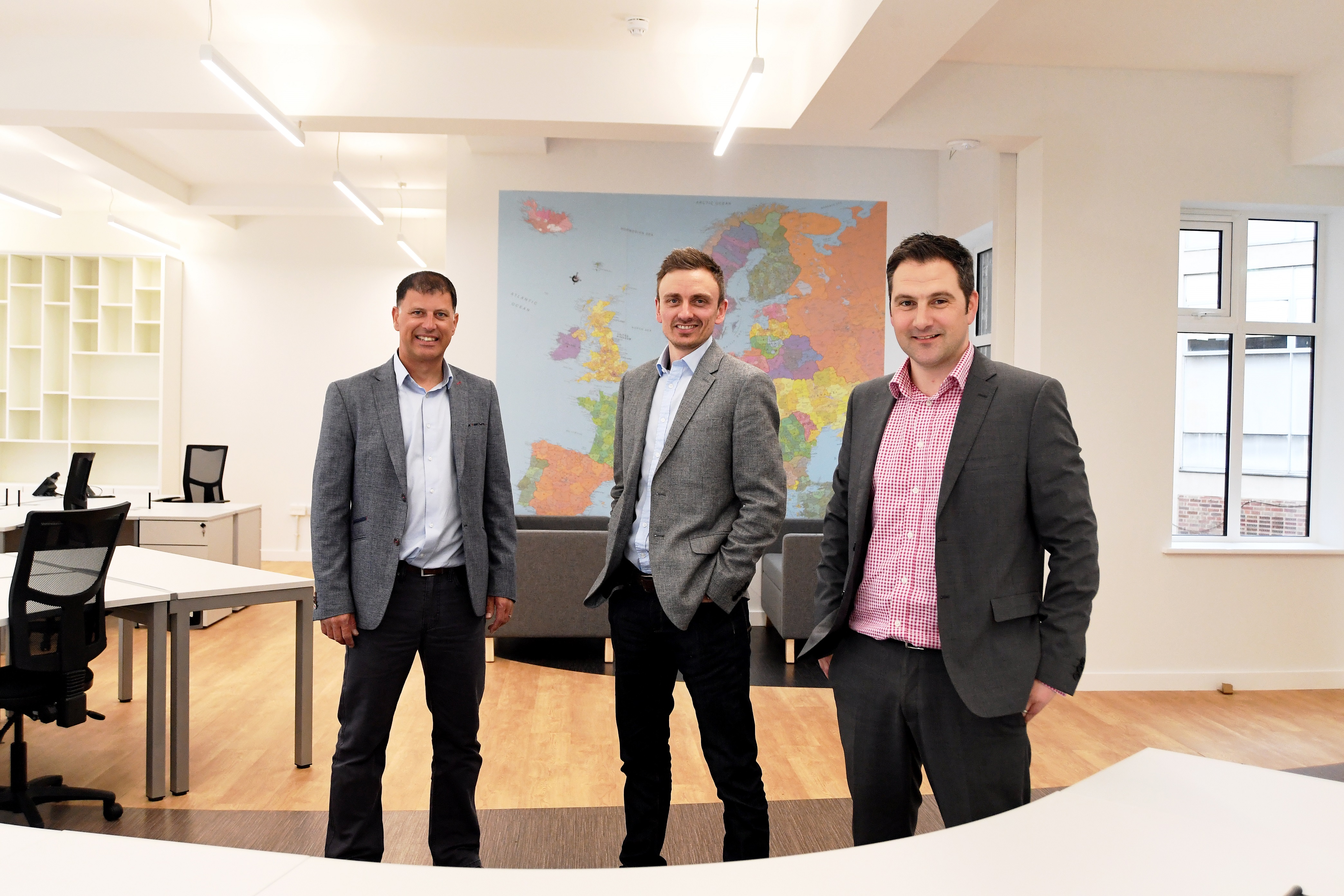 A Coventry freight forwarding firm is expanding after moving into a landmark city centre building.

Retail Transport Services is set to take on a new member of staff after moving into Hawkins, the office element of The Co-Operative scheme, in Corporation Street, to accommodate its future growth plans.

The company, which works with suppliers and hauliers to transport freight by sea, air and road, had outgrown its former base at Kings Chambers and has moved into a new larger office at the development.

The additional space is enabling the firm to take on a new accounts and administration apprentice through Coventry and Warwickshire Chamber Training and also look at expanding further by creating even more jobs to drive the business forward.

‘The Co-Operative’, based at the former Co-Op building, is a mix of high-spec apartments, office, retail and leisure space by award winning developers EDG Property.

The next phase of apartments will be released soon after the first ten were snapped up and RTS’s move marks another landmark in the exciting scheme for the city.

Dave Hughes, managing director of Retail Transport Services said: “We are very excited to move into our new office. It is a high-end scheme which has been refurbished to a very high standard, and its quality reflects the work of the business.

“We are currently on a mission for growth and our new office, which is double the size of our former site, will allow us to expand considerably.

“We are committed to helping people take a step on to the career ladder and our move means we are already taking on a new apprentice who will be starting with us in June.

“This will be our third apprentice, one of which has been with us for ten years, and they will be able to gain valuable experience in the office and also spend one day each week studying towards their qualifications.

“Coventry is seeing a huge amount of investment, with developments taking place across the city centre which will make it an even better place to live and work, and we are extremely pleased to be in the heart of this.”

Neil Edginton, managing director of EDG Property, said: “We are delighted to formally welcome Retail Transport Services to Hawkins, the first phase of The Co-Operative development.

“It is a highly-successful business and we look forward to seeing its future growth plans come to fruition in its new city centre home.

“As Dave and his team settle in, we will be busy finishing the next phase of the development which will include 63 high-quality apartments and a number of new restaurants.”