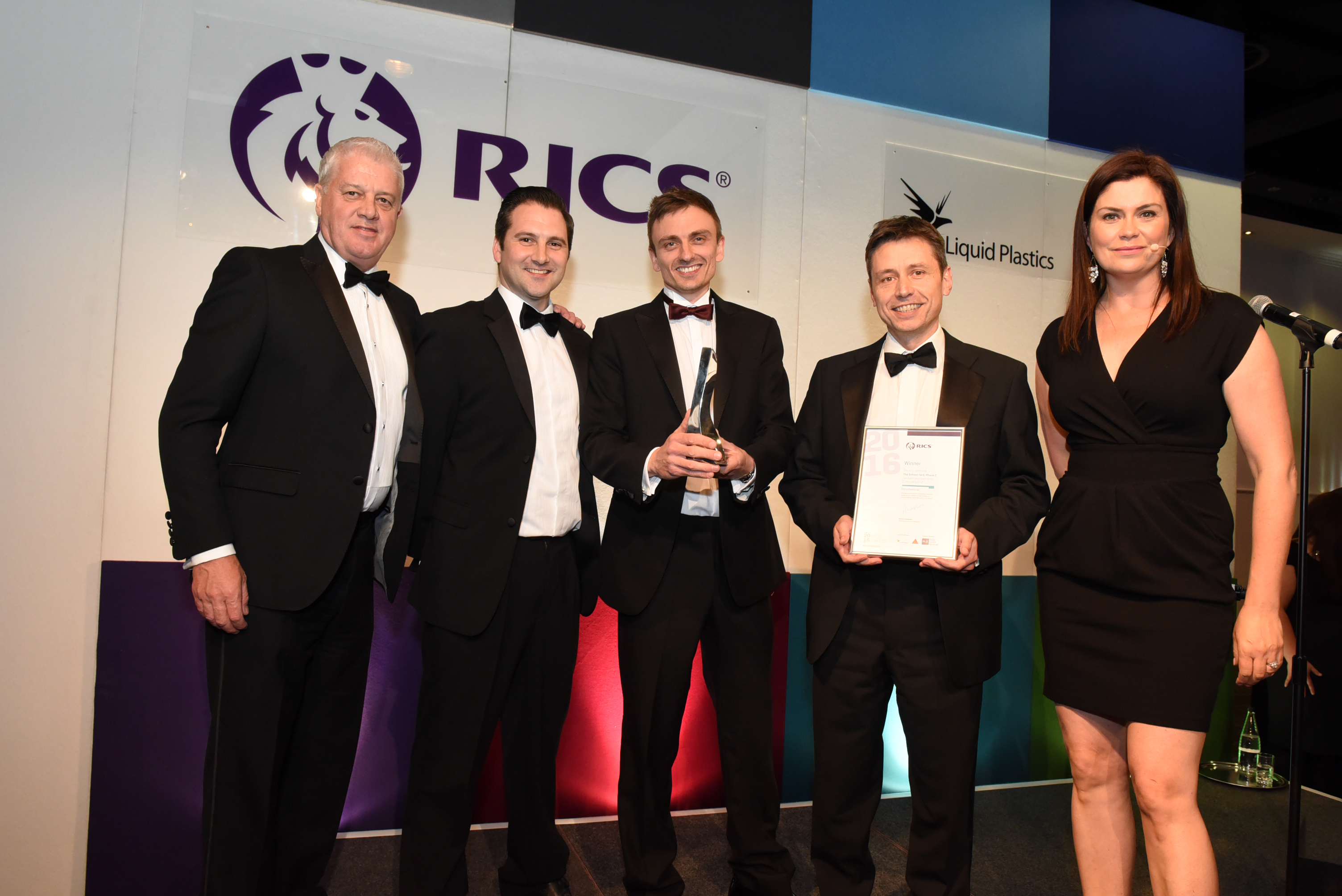 The residential phase of The School Yard has won yet another award just days after scooping a major prize for its architecture.

The second phase of the project in Birmingham’s Harborne district scooped Residential Project of the Year at 2016 RICS Awards – West Midlands, the second time the scheme has been honoured by the leading property organisation.

In 2014 the first phase of The School Yard – which saw the transformation of the creation of a new social hub including new restaurants, a coffee shop and food school on the site of an old Victorian school – won the Commercial Project of the Year award at the same event.

The second phase of the project, completed at the end of last year, has seen the construction of 12 high spec apartments and a townhouse which were designed by Jewellery Quarter-based architects Bryant Priest Newman and last month won not just a coveted RIBA Award but saw EDG Property also presented with RIBA’s Client of the Year award.

Both phases of The School Yard have now collectively won six separate awards – phase one also won a Civic Society Renaissance Award while EDG picked up an FBE Client of the Year Award for the scheme – and EDG director Neil Edginton said recognition from the two most important professional organisations in the sector was more than he could have hoped to achieve at the beginning of the project.

He said: “RICS and RIBA represent two quite different strands in our industry and so for this project to be the only one in the region to be recognised by both in the same year really is testament to the fantastic job done by all the team involved in The School Yard from day one.

“Creating fantastic places is what drives EDG property and while we are proud of all of our projects, whether they have won awards or not, The School Yard certainly sets an important benchmark for us in terms of delivering a project in harmony with its surroundings, of the highest design and build quality and making a truly valuable contribution to its location.”

Other winners at the event, which took place at Aston Villa Football Club, included the Grand Central and Birmingham Gateway project which won the Project of the Year award.

All the winning projects at the event will now go forward to the RICS Awards Grand Final 2016 held in London on October 14. The School Yard has also been put forward for a National RIBA Award, the winners of which are announced in June.