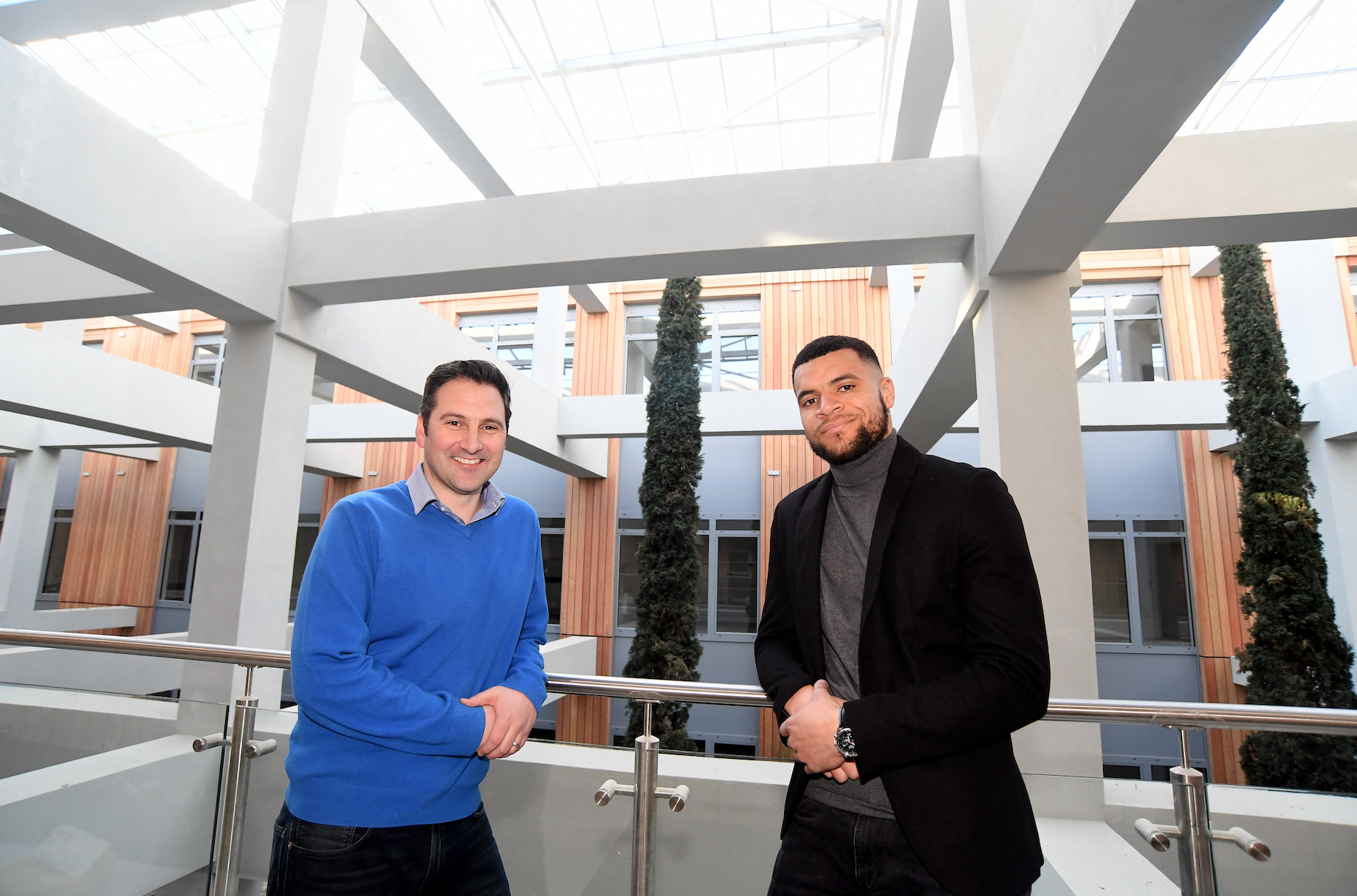 Sky Blues striker Maxime Biamou has dropped a big hint about where his future lies after laying down roots in Coventry city centre.

The Frenchman, who is a firm favourite amongst Coventry City fans, has purchased an apartment at The Co-Operative, which is the regeneration of the former Co-op department store into high-specification apartments, offices, café bars and restaurants.

The apartments are set within the 1950s building, where award winning EDG Property has maintained the character of the store but has given it a 21st Century feel, offering the region’s only internal park – complete with four Cypress trees especially imported from Italy – as well as a stylish residents’ lounge with sky terrace.

Biamou, who is currently out of action with a long-term knee injury, has lived on the outskirts of the city centre ever since his move to Coventry City in June 2017, and feels it is a city that is going places.

“I have lived here for a while now and feel at home, this is my city,” said Maxime.

“If you take a look around at all of the construction that is happening and the businesses that are opening, it feels like a place that is growing, so buying an apartment for me to live in felt like a sensible long-term investment.

“The people here are also really friendly to me when I go into the city centre, so it was a really easy decision to make.

“The apartments at The Co-Operative are really impressive, I’ve been speaking to some of the boys at the training ground about the development telling them to check it out.

“The next few months are looking really good for me after being injured for so long – as well as having a brand new home, I’m hoping to be back playing football by the start of next season.”

Sixty per cent of the 63 one and two bedroom boutique apartments have already been sold, with eateries including Rodizio Rico, Steak Out and Café Morso also committed to the development.

Neil Edginton, Managing Director of EDG Property – the developer behind The Co-Operative, which has been shortlisted for both RICS and RIBA awards recently, added: “We have a real mix of buyers at The Co-Operative and we are delighted to welcome Max Biamou to the development.

“He’s a very popular figure with Coventry City supporters after helping the club win promotion last season and he loved The Co-Operative with its internal parkland as soon as he saw it.

“There is a real sense of excitement as we approach the final, practical completion of the scheme in the coming days.”

For further information on the available restaurant/café unit or more details on the apartments, email info@edgproperty.co.uk